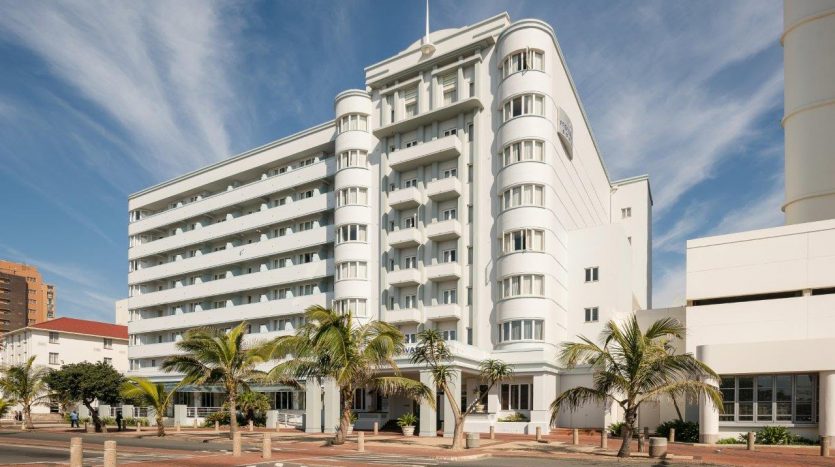 Comparatively better domestic tourism demand in Durban has seen JSE-listed Tsogo Sun Hotels stick to its plan to reopen the historic 111-year-old Edward Hotel, despite the group already having a significant presence on the city’s beachfront.

Group CEO Marcel Von Aulock tells Moneyweb the hotel reopened on Monday, becoming the fifth property the group now operates along the Golden Mile. He says it has opened all seven of its hotels in greater Durban (including two in Umhlanga), while several properties in Cape Town and Joburg remain closed.

He was speaking following the group’s release of a dismal set of half-year results (to September 30), which came out after the market closed on Friday. Revenue was significantly impacted by the Covid-19 crunch, including lockdowns and travel restrictions.

“Our decision to reopen the Edward Hotel as Tsogo Sun-managed property comes as Durban has the strongest hotel market at the moment in South Africa … It is not as reliant on international tourists and business travellers as Cape Town and Joburg,” notes Von Aulock.

The Edward Hotel, which reopened its doors on Monday. Image: Supplied

“We have a lot of stock on the Durban beachfront, so we have drawn staff from our other hotels in the area to reopen the Edward Hotel … We wanted it opened and on our booking system in anticipation of the city’s traditional domestic tourism festive season peak in December. Durban is likely to be busier as it is more accessible, with many people driving to the city from Gauteng,” he adds.

He says Cape Town and the Sandton node in Johannesburg are the “worst affected” due to limited international travel as well as restricted spend by corporates on events and business travel.

He welcomed the easing of international travel to South Africa, announced by President Cyril Ramaphosa last week, but points out that this is unlikely to see a major uptick in bookings for November and December.

“While our hotels such as Sandton Sun and The Cullinan Southern Sun [in Cape Town] are open, other big properties like Garden Court Sandton City, the Cape Sun and new SunSquare hotel in the Cape Town CBD remain closed. Between 50% and 60% of our hotels are now open in Cape Town and greater Joburg [including Fourways and hotels near OR Tambo International Airport],” says Von Aulock.

Group-wide around 68% of its hotel portfolio countrywide is operational.

The group, which was unbundled from Tsogo Sun Gaming last year, is South Africa’s largest listed hotel company. It has around 100 hotels in the country.

The group took over management of Mount Grace as well as the former Protea-branded Edward and Hazyview hotels after US-based Marriott International decided to close the three hotels and terminate its management agreement with HPF in June due to the Covid-19 economic fallout.

At the time, Marriott’s announcement raised fears that the hotels would be closed permanently. With Tsogo Sun Hotels stepping in, Mount Grace reopened in September while the Hazyview hotel is set to reopen in December.

Tourism KwaZulu-Natal acting CEO Phindile Makwakwa says the reopening of the Edward Hotel is good news and a positive sign ahead of the festive season.

“Durban gets the lion’s share of domestic tourism in our province, at around 70%. If Durban does well, then KwaZulu-Natal does well. It’s not going to be business as usual this December, but if a group like Tsogo Sun Hotels is seeing growing demand on the domestic tourism front for Durban, then that’s very exciting for us,” she adds.

“One of the things that sets KwaZulu-Natal apart is its strength in domestic tourism … Local tourism will be the first to recover and we are doing a lot of marketing to ensure the province retains its share of the domestic tourism pie,” Makwakwa notes.